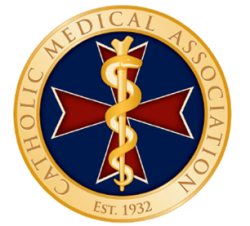 The legislation would “ensure that women seeking an abortion receive an ultrasound and the opportunity to review the ultrasound before giving informed consent to receive an abortion.” It would also require, among other provisions, health care providers to make audible the heartbeat of the mother’s unborn baby.

“Every individual has the undeniable right to informed consent in order to understand the impact of any potential medical intervention. This critically important bill asserts this right for any woman at a time she needs it most,” said Tim Millea, M.D., Chair of CMA’s Health Care Policy Committee.

“The right to know is the basic element of informed consent; the right to see and hear proof of the presence of a new and living person leads to the understanding that every woman deserves. The CMA strongly supports this bill and its recognition of the inherent rights of both the woman and her baby,” added Dr. Millea.

Senator Marshall, an OBGYN, said in a press release, “I’m proud to lead on legislation that strikes at the abortion industry’s efforts to keep the truth from women by requiring mothers to be informed of their baby’s development and hear their heartbeat before consenting to an abortion. As a healthcare provider, it’s the least you can do to protect the safety and wellbeing of women and their unborn children.”

“Catholic Medical Association is proud to stand along Senator Marshall and fully supports his efforts to protect unborn children who are among most vulnerable members of our society,” said Craig Treptow, M.D., President of CMA.

“The life-affirming provisions set forth in this legislation not only align with good medicine, they underscore the innate value each of us has from the moment of conception,” added Dr. Treptow.

The Ultrasound Informed Consent Act has been endorsed by other advocacy groups, including U.S. Conference of Catholic Bishops and March for Life.

The Catholic Medical Association (CMA) is the largest association of Catholic individuals in health care. We help our members to grow in faith, maintain ethical integrity, and provide excellent health care in accordance with the teachings of the Church.