What is at Stake for Health Care?

According to Servant of God Fr. John Hardon S.J., social justice is “the virtue that inclines one to co-operate with others in order to help the institutions of society better serve the common good.” It is not the role of government to establish social justice in health care by imposing a universal, “one size fits all” delivery system on hundreds of millions of Americans. Rather, government’s role is to enact just laws as a framework in which civil society is able to develop a just and charitable system of health care.

Religious freedom, conscience protection and the Culture of Life in health care suffer their greatest assault in American history. If these attacks on religious freedom and conscience protection are successful, Catholic health care will be destroyed. Without robust opposition to these attacks, the pro-life movement in America will be set back for generations. Right now, Catholic medical professionals and all who support the Culture of Life must do all they can to oppose these attacks and to vigorously defend Christ-centered, patient-centered, pro-life health care.

Under the Health Care Choices Plan, the money that the federal government currently sends to insurance companies under the ACA and spends on newly eligible Medicaid recipients would be repurposed and sent to the states in the form of formula grants that states would use to stabilize their health insurance markets and provide assistance to those with lower incomes and to the sick and needy. Independent modeling has shown that this plan would reduce premiums by one-third, and coverage would stay level.

Examining Sen. Sanders initial (2016) proposal, Professor Kenneth Thorpe of Emory University, a former advisor to President Clinton, estimated that the Sanders proposal –– if it were fully funded –– would require a 14.3 percent payroll tax, as well as a 5.7 percent income-related premium; in other words, a level of taxation equal to 20 percent of payroll. Thorpe concluded that 71 percent of all working families would pay more for health care than they do under the current system.

Not Republican or Democrat, Just Catholic

Major elections and modern politics seem too often to bring out the worst in our society. Despite the controversy and negative aspects that are characteristic of these events, we as Catholics have to remember the responsibility we have as citizens to prudently participate in the political process.

A Critical Moment for Conscience Protection

While there always has been a debate on the proper balance between the right to conscientiously object and the obligation to care, the intensity of recent attacks on conscience rights have sharply increased over the months leading up to the 2020 presidential election.

Our society faces challenges which call for a coordinated response from like-minded organizations. There is a growing realization that significant government intervention cannot solve the issues we face, especially in health care.

St. Teresa, in her wisdom, highlights for us that while life is full of countless changes, God is always the same. He is our Eternal Rock. Jesus is the same yesterday, today, and forever and is with us until the end of time.

The Davids in a Goliath World: Rockford Guild Does Its Part to Combat the Culture of Death

An educational event hosted by the Rockford Guild in November 2019 was attended by more than 150 guests and addressed the root causes and challenges for the loss of faith and advancement of the culture of death. One major topic during this event was Cultural Marxism and how it can explain our current state of affairs.

Members of the Denver, Colorado Springs, Pueblo and Fort Collins guilds of the CMA have joined forces to ensure that Proposition 115, which would outlaw abortion after 22 weeks of gestation, passes in the November election when it is presented to the people of Colorado for a vote. Currently, abortion is legal through all nine months of pregnancy in Colorado.

The CMA of Memphis Guild has been an integral part of establishing the Guiding Star Memphis (GSM) clinic, which is providing life-affirming health care and pro-life choices to the underserved and underinsured women of the community. 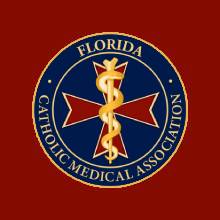 The CMA guilds in Florida have been a unified group working closely together even before they formed a state association. Now the Florida Catholic Medical Association (FL CMA) is officially a 501 (c) (3) nonprofit organization, fulfilling the ultimate vision the CMA has for every state association.

Despite setbacks caused by the pandemic, nearly 500 people attended CMA’s conference virtually and onsite in an event that Executive Director Mario Dickerson said raised the bar for future conferences.

Earlier this year, our membership survey results showed that members joined the CMA for fellowship, formation, and local guild activities. The CMA Community is being developed to support these findings and to enhance the member experience.

Responding to the COVID-19 Pandemic

Living a fulfilled life in Medicine